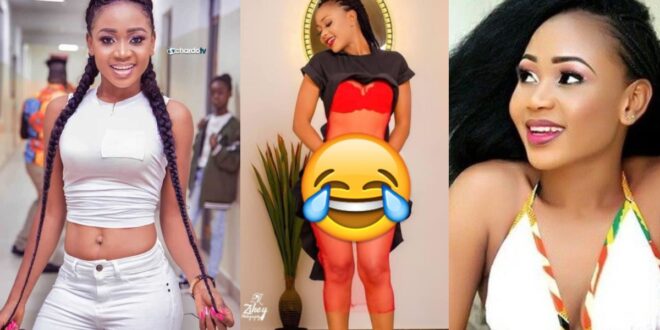 Pictures of Ghanaian actress Akuapem Poloo are quickly going viral on the internet, prompting a barrage of criticism from netizens.

Last year, Ghanaians and netizens all over the world slammed Akuapem Poloo for taking a nude photo of her son on his birthday.

The actress promised not to go naked again after the uproar last year over her sexual exposure of her body to the public.

She has since apologised and confirmed that she has moved on from her former lifestyle of sharing nude pictures of herself.

It isn’t even the end of the year, but it seems that the actress is unable to keep her words. Poloo seems to be wishing to return to her former reputation.

Akuapem Poloo was seen semi-naked in these recent photos, wearing a translucent dress with her raw goods on view.