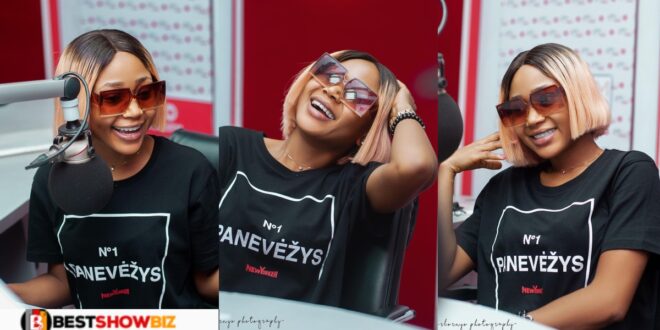 AKuapem Poloo finally speaks on rumors that she slept with an alhaji in Dubai for money.

This is an unusual revelation from popular Ghanaian performer, video vixen, and mother of one, Rosemond Alade Brown, also known as Akuapem Poloo, who has spoken up about sleeping with an Alhaji in Dubai in exchange for monetary assistance.

The controversial mother of one revealed that, based on the strict Islamic guidelines in the United Arab Emirates, which are the same as those in every single Muslim country, she is considering how people reacted to the made-up story that an Arab man laid down with her and recorded solely for the purpose of sharing it on social media for views and likes.

Akuapem Poloo revealed on Kingdom Plus’ Afro Joint with Fiifi Pratt that the video in question had been leaked and described it as a purposeful effort to put her in a negative light in the eyes of her die-hard admirers and followers. She went on to reveal that the individual who made the film available on the internet was none other than her close friend.