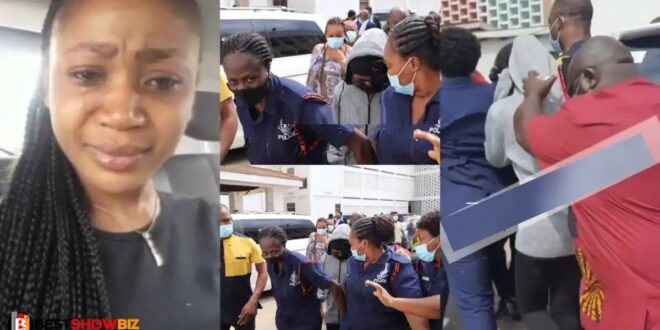 Akuapem Poloo, a Ghanaian actress and model, has opened up about how several superstars in the country destroyed her career.

she stated this in an interview with Ola Michael on Neat FM.

It all began, she claims, after she was condemned to prison.

Before the court hearing, Akuapem Poloo stated some of her coworkers called a Nigerian organizer about a project they were working on.

She claimed that the celebrities even supplied images of other persons to the organizers in an attempt to urge them to use them.

Poloo sobbed as she spoke about the man’s desire to wait for her.