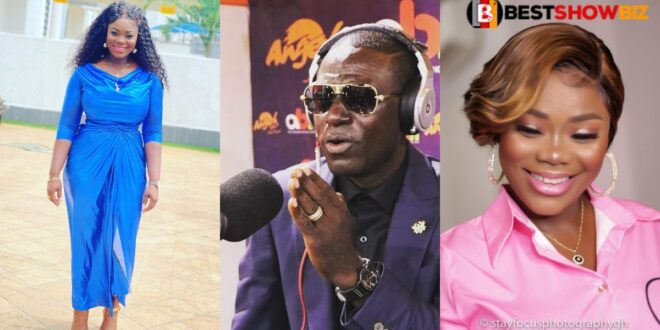 The ex-wife of Millionaire Kwaku Oteng, has issued a warning to controversial journalist Captain Smart to desist from tarnishing the image of her ex-husband.

According to a radio commentary we spotted, Akua GMB has reportedly revealed that Kwaku Oteng held Captain smart in high esteem and often did what he suggests.

She added that it was not true that captain smart was suspended because of NPP, but because he made some false claims about people which he could not prove.

Captain Smart has received a harsh warning from Akua GMB, ordering him not to attack Oteng.