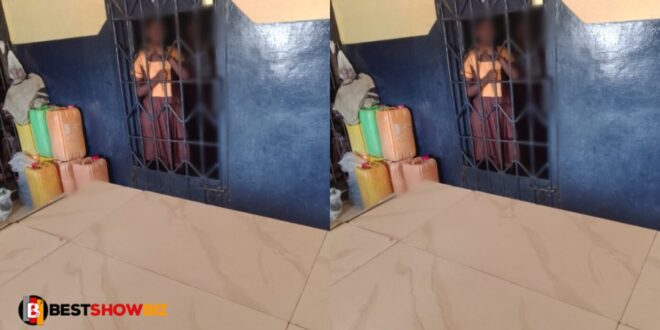 The culprit (name withheld) was arrested while still wearing her uniform for defying police officers who stormed her home in order to make an arrest.

During the chaos, she allegedly hit the police van, resulting in a fight between the family and the officers, for which she was arrested.

Mr. Appiah has serious doubts about this, especially in light of the arrest and crime committed by the child.

According to him, a juvenile trial would have been the most appropriate approach to the situation.

Read Also  Video: I'm not stealing your husband, I'm only sharing with you because I care - Side Chick reveals

Chief Superintendent Gelefo, the Akatsi Police Commander, explained to Gershon Mortey that his officers went to the chief’s palace to arrest a man who had electricity power issues with his landlord.

He went on to say that after noticing the man’s absence, the cops decided to invite his wife to the station, which set off a chain of events.

It is alleged that the suspect and her family not only interfered with the investigation but that they also demanded that the police officers march before the chief, which the officers refused to do.

He claimed that police officers fired warning shots before arresting both the suspect’s wife and the 16-year-old for allegedly crashing their car.