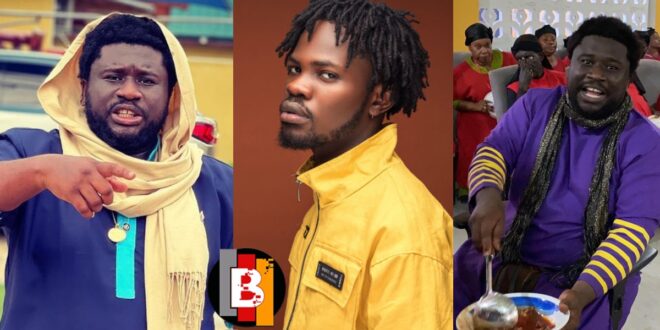 Ajagurajah reveals why he sacked Fameye from his birthday party

Kwabena Boakye Asiamah, a popular prophet, has revealed why Fameye was kicked out of his birthday party.

The prophet, also known as Ajagurajah, made the revelation while speaking with famous journalist Nana Aba Anamoah on Starr Chat on Starr FM.

Fameye is Ajagurajah’s favorite musician, according to Nana Aba. In an unexpected twist, he claimed that he had sacked him from his birthday party.

Fameye refused to wash his feet, which is against his morals, according to Ajagurajah, who explained why he had to sack his favorite singer from singing at his birthday party.

“My favorite musician in Ghana is @fameye music, but he refused to wash his feet when I invited him to sing at my birthday party. I had to drive him away.” he said

Read Also  Kofi Kinaata, Shatta Wale, Wendy Shay, and others who got Zero Awards at the 3Music Awards - Photos
Share