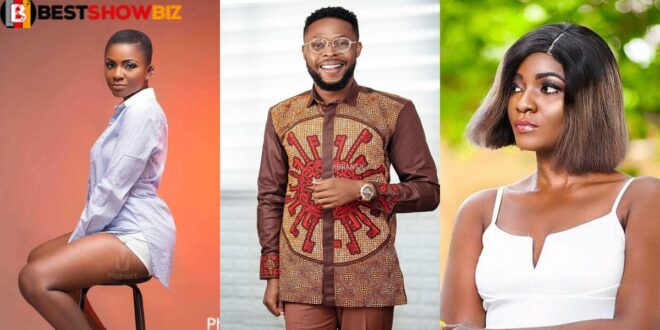 Priscilla Opoku Agyeman, well known as Ahuofe Patri, a Ghanaian actress, has given fellow actor and comedian Richard Kweku Asante, Kalybos, a chance to marry her in the future.

Kalybos has been a close friend and collaborator of the stunning actress, and their hilarious short skits catapulted them to fame.

Many people assumed the two were dating, though both have denied this in earlier interviews.

Ahuofe Patri has finally chosen to ‘marry’ Kalybos, thus it appears that the two have discovered love.

In a fresh post, Kalybos begged Ahuofe to marry him after being enchanted by a photograph she submitted.

She initially laughed at the proposition, but after a few minutes, she accepted.

Read Also  A female student confessed to infecting 324 people with HIV on purpose.

“Please marry me wai,” he wrote. At first, Ahuofe laughed at the remark. She responded again, “Yoo mati (with a red heart emoji),” which means “Alright, I have heard you,” .