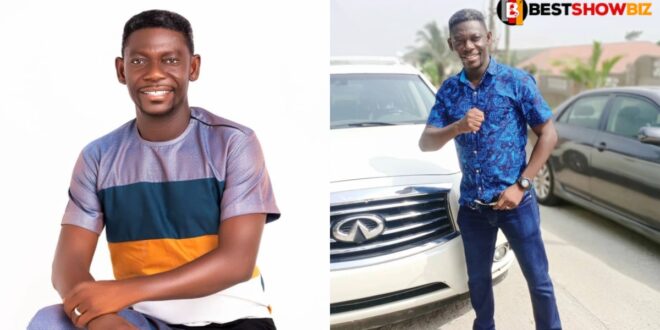 In the world, a large number of comedians and actors have developed. These comedians have been sharpening our minds while making our stomachs break out laughing. Kevin Hart in America, Mr. Bean in England, and Alex Kofi Adu, better known as Agya Koo in Ghana, are the world’s best at making us laugh and think.

With their boldness and creativity in crafting humorous lines, Agya Koo has pushed the boundaries of comedy. We will be providing you with more intriguing information about Agya Koo in this article.

Agya Koo began his acting career in the late 1990s, when he appeared in the Key Soap Concert Party. Agya Koo is a seasoned comedian who can turn his audience’s grief into laughter. In the early 2000s, Agya Koo joined the Kumawood film business.

In the Kumawood film business, he appeared in over 200 films and received several honors over his career. Ex-president John Agyekum Kuffour presented Agya Koo with a presidential award. Agya Koo is a highlife artist who inspires his followers with his songs in addition to acting.

Agya Koo is a happy married man who is married to Rita Asiedu, a stunning woman. Rita Asiedu is a stunningly attractive and well-endowed woman from the United Kingdom. Agya Koo is the proud father of three lovely daughters.

Take a look at some of Agya Koo’s beautiful pictures.