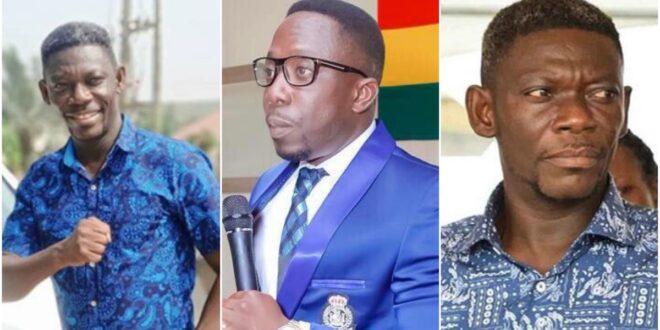 “Agya Koo can not be used in any serious movie roles”- Mr. Beautiful

Clement Bonny popularly known as Mr. Beautiful has revealed that there are some movie roles that are not suited for legendary Kumawood actor Agya Koo.

According to Mr. Beautiful, there are two types of actors in the one, Role Actors and natural actors. He added that Mr. Bean, Mr. Ibu, and Agya Koo as the few actors who cannot be used in all movies because such actors even have physical attributes that make people burst into serious laughter.

He said natural actors like majid, Dumelo, and Nana ama Mcbrown can play any movie role successfully, but Agya Koo and the role cast actors can only play a specific role in movies.

Mr.Beautiful said all this in an interview with zionfelix that we monitored.