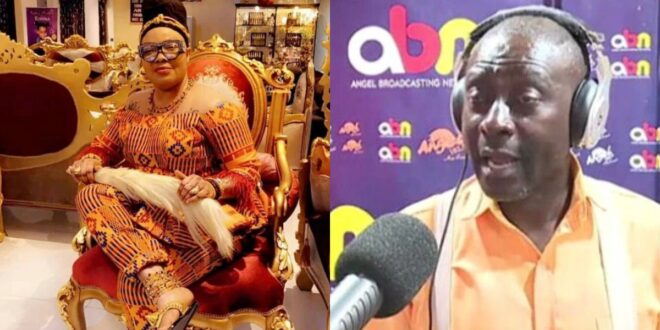 The campaign to remove money ritual such as “Sika Aduro,” “Sika Gari,” “Fa sika b3 gye sika,” and other such nonsense from our radio and televisions has gained traction lately.

Every parent in defense of Ishmael, a late ten-year-old boy, and his family has cried out! That boy died a torturous death at the hands of two boys who murdered him for money rituals based on a TV commercial they had seen.

Our national media regulator has been accused of continuing to be unconcerned.

Captain smart, Ghana’s renowned morning show host on Angel FM and TV, has expressed his thoughts on the latest hot topic of money rituals and Nana Agradaa, the female fetish priestess who appears to have magical powers to double money.

Read Also  10 times Sarkodie and his daughter, Titi nailed in these photos

He believes that Agradaa’s claims and TV commercials promising to make citizens wealthy and prosperous are all deceptive, and that no ghost, dwarf, or angel has the power or potential to create money out of thin air.