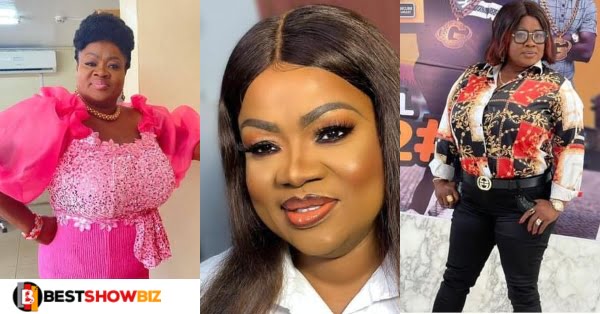 The following are some sizzling photographs of Asabea, a well-known Ghanaian Kumawood actress who shows that age is just a number, which we will be sharing with you today in this article.

Known professionally as Mercy Aseidu, Asabea is a well-known Ghanaian Kumawood actor who has been working in the entertainment industry for more than a decade now.

The seasoned actress is also a movie producer, having worked on a couple of films in addition to her performing career.

Mercy Aseidu, better known by her stage name Asabea, first came to public attention in the year 2000 when she performed at a concert party. The actress is married and the mother of two children.

Read Also  K!ller of Kumasi Uber driver reveals how he tricked him into the bush to murder him (video)

Despite the fact that Mercy Aseidu aka Asabea is in her fifties, she has consistently demonstrated that age is just a number. She is always seen flaunting her beauty while dressed in hot but appropriate clothing.

Asabea’s sizzling images are shown in the gallery below.