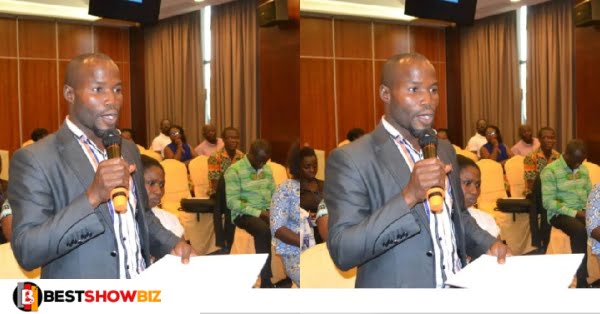 “After I trusted my pastor, he told the entire Church that I have HIV”

Reverend John Azumah, Ghana’s HIV/AIDS Ambassador, has described how the Head Pastor of the Church where he was a subordinate publicly humiliated him after he revealed his HIV status.

He said on Max 24, which is monitored by MyNewsGh.com, that he believes his superior would have counseled and encouraged him rather than exacerbating his emotional distress by announcing it in the public church.

“He told the entire Church that I had HIV/AIDS and he could therefore not work with me when I went for the test results at the Tema General Hospital and it turned out that my wife and I are positive for the virus. I confided in him but he openly disclosed my status in Church”, he revealed.

He was saddened to recall that his wife had attempted suicide at one point.

21 years ago, the Reverend John Azumah and his wife, who passed away a few years ago, were diagnosed with the virus and had been living with it for the previous 21 years.

The Hope International Ministry, which he founded with the assistance of his late wife on the Spintex road after being expelled from the church in which he served as a Pastor, was dedicated to spreading the gospel of Jesus Christ and raising young men and women for the kingdom of God.