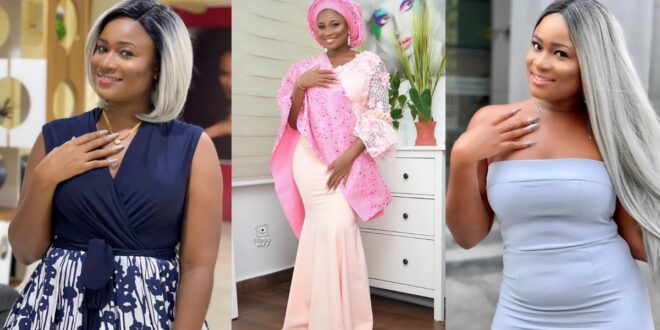 After Giving her life to christ a few years ago, See recent pictures of Actress Christabel Ekeh.

Are you familiar with actress Christabel Ekeh? Take a look at some of her most recent photos.

Christabel Ekeh is a gorgeous actress who has acted in films made in both Ghana and Nigeria. Her father is Nigerian, and her mother is Ghanaian, making her a mixed-race child. She has appeared in a number of films from both the Ghallywood and Nollywood film industries throughout her acting career.

She gave her life to Christ after she was tagged as a nudist by many on social media and since then she has never turned back to the world.

Have a look at some of her most recent pictures below.