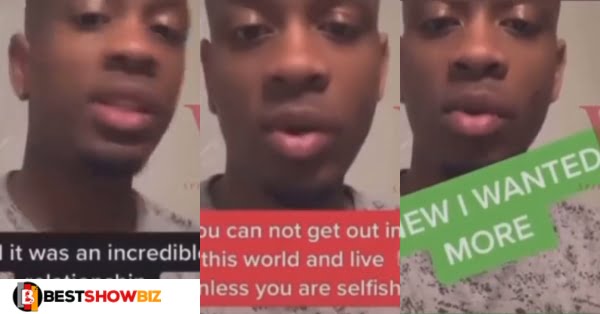 After five years of marriage, a man took to social media to reveal how he ended his relationship with his wife because he did not feel comfortable in their relationship.

According to the man, he divorced his wife because he was bored with her since she didn’t live up to the standards he had for himself in a relationship.

He went on to say that they were not experiencing any marital difficulties and that their marriage was progressing smoothly, but that he was feeling uneasy in the relationship.

The unidentified man indicated that the most important lesson he took away from the relationship was that he did not receive the comfort he was anticipating in a partnership.

Take a look at the video below….