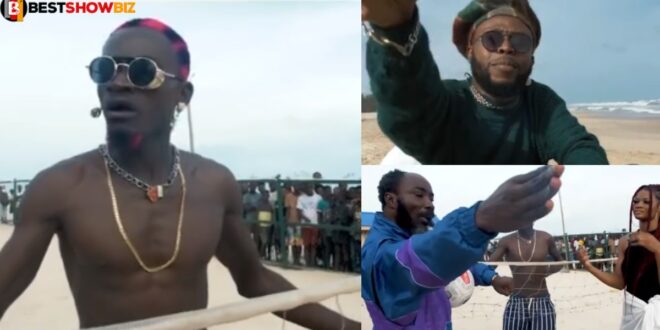 After all the !nsults and hate, Big Akwess spotted in Lil win’s music video

In an odd turn of events, Kumawood actor and ‘sika gari’ master Big Akwes has been spotted as one of the cast members for Kwadwo Nkansah Lilwin’s yet-to-be-released music video.

This comes as a shock as Big Akwes was all over the place recently defaming the Wezzy Empire chief.

Big Akwes recently said in interviews with Zionfelix and Poleeno that Kwadwo Nkansah Lilwin is evil and that anyone who collaborates with him loses their relevance in the industry.