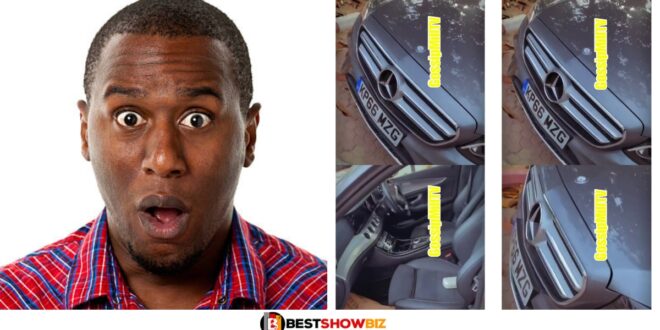 A man was taken aback after meeting a gentleman in another country who had purchased a brand new Mercedes Benz only for taxi service.

After seeing the foreigner, the Nigerian guy was taken aback and asked him why he had purchased such an expensive car for business purposes.

As the guy approached the Benz owner, he began photographing the car’s body and then demanded that the car be opened so he could appreciate it further.

He did, however, show surprise when the foreigner reiterated that he purchased the Mercedes Benz to be used as a taxi, despite the fact that in Nigeria, people driving Benz are hailed.

Read Also  Women and Money: See how these ladies exchanged blows over money thrown at a nightclub (video)