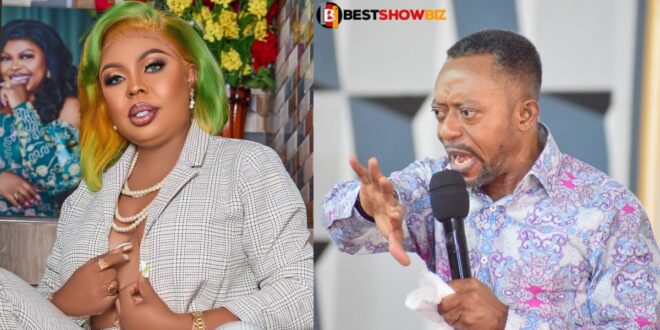 Afia Schwarzenegger, a controversial media figure, has responded to the news that Rev.Owusu Bempah has been arrested.

Owusu Bempah was arraigned in court a few hours ago, and although pleading not guilty to all allegations leveled against him, he was denied bail.

Afia Owusuwaa Appiah, remanded him and his accomplices in police prison, ordering them to appear in court on Monday, September 20th.

Afia Schwarzenegger, who did not click with Owusu Bempah, reacted by thanking the cops for enabling him to face the full weight of the law.

Afia Schwarzenegger claimed on her Instagram page that remanding Owusu Bempah would discourage him from his prophetic foolishness.

Some church members have called the entire situation blasphemous. They believe it is unjust to imprison a man of God.