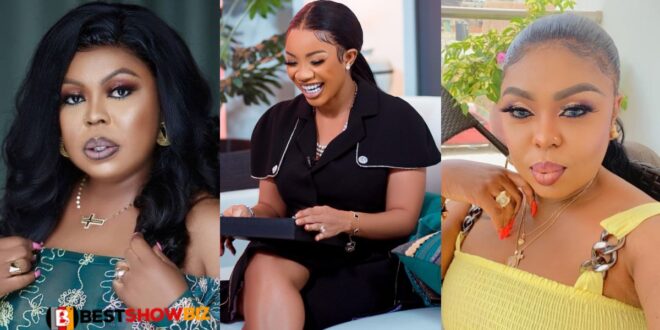 Serwaa, a GHOne TV personality, became a social media sensation over the weekend after a Snapchat account called Bombsheli made many claims against her.

The mystery of who could have been behind the account and for what reason it was established has been hanging on the minds of social media users since the drama began.

However, Afia Schwar has proposed solutions to the remaining worries on the minds of social media users in a new series of films.

According to information received by Afia Schwarzenegger, the rumors were generated by a guy who wanted to challenge John Boadu for the job of NPP General Secretary.

She claimed the stated individual has a lot of difficulties with his reputation and wants to smear John Boadu in order to be on the same level as him.

Schwar also bemoaned the fact that Boadu’s opponent will fabricate stories and pull Serwaa into the fray simply to win political points.

watch her videos below;