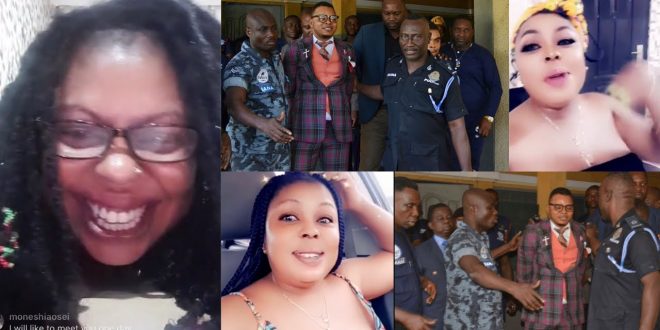 Afia Schwarzenegger has also reacted to the arrest of the founder and leader of International Godsway Church, Bishop Daniel Obinim that took place late yesterday.

The female self-acclaimed comedian and media figure, after the arrest of Obinim, shared a video on social media where she was seen jubilating and praising Kenedy Agyapong for him exposing ‘Fake’ men of God and also mocked Obimim in addition.

According to her, the only person Keneddy Agyapong fears is herself as she claims she is untoucherble.