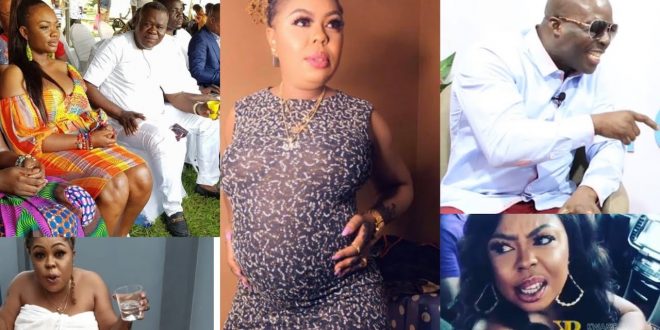 Self-acclaimed queen of comedy Afia Schwarzenegger has landed her self in a ‘hot pepper’ after allegedly exposing Akua GMB.

Afia Schwarzenegger for the past few days leveled some allegations against Akua GMB about her marital issues which became the talk of almost every household.

well, the controversial man of God, Prophet Kumchacha has reacted to that as he claims Afia Schwarzenegger should have been the last person to talk about the marital issues of her fellow woman.

according to Kumchacha, its very wrong for Afia Schwar to disgrace her fellow women on the internet with her marital issues.

Kumchacha stated that Afia Schwar did the worse everyone expected as she was caught cheating on her marital bed which should have been her lesson to not even talk about peoples marital issues.