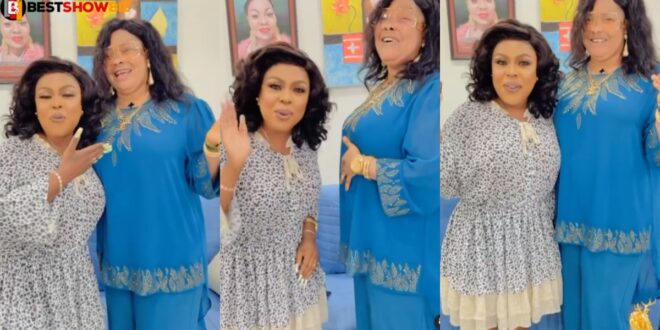 The two attention addicts can be seen dancing to one of Daddy Lumba’s biggest songs in a video that has leaked on the internet.

Afia Schwar simply went to Nana Agradaa to beg for money, according to social media users who saw the video, and it’s likely that the two will soon turn on each other.

The feud between Rev Owusu Bempah and Nana Agradaa reached a head last week when the man of God sent thugs to the former fetish priestess’ house to discipline her.

Fast forward to last Sunday, when he was arrested and given bail with the help of a higher power. On Monday, September 20th, 2021, he is scheduled to appear in court again.