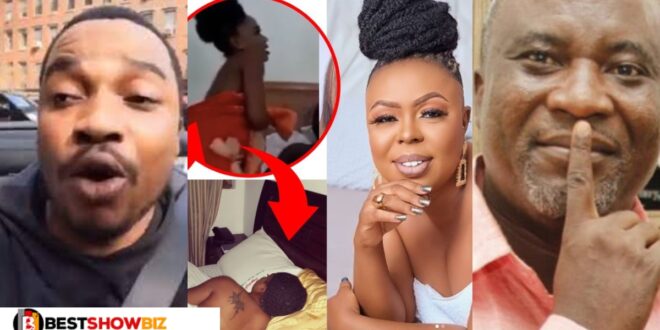 .
The Ghanaian social critic residing in the United States has made an odd accusation against two of his assailants.

Afia Schwarzenegger, according to Twene Jonas, has a nakd video of Hopeson Adorye.

This, according to Twene Jonas, is why the lost Parliamentary candidate began criticizing him for opposing Afia Schwarzenegger.

The social commentator believes the politician is engaging in this fruitless fight to please Afia Schwarzenegger lest she doesn’t release the video.