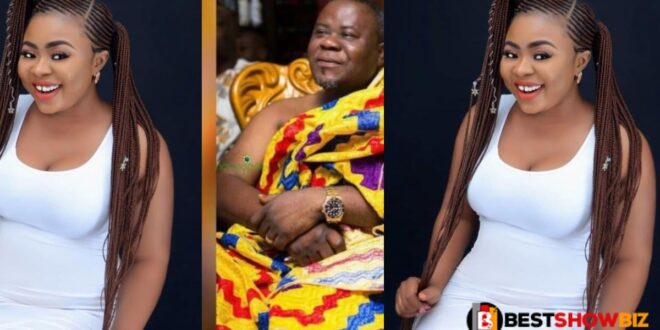 The so-called celebrities would generate new scandals every day, rain or shine.

The current issue, which began with Afia Schwarzenegger and Adu Safowaa, has now reached Dr Kwaku Oteng, the owner of the Angel Group of Companies.

In her never-ending feud with Safowaa, Afia Schwarzenegger produced an audio clip in which it looked that Adu Safowaa was accusing Nigel Gaisie of sleeping with Kumawood actress Vivian Jill Lawrence.

However, because the audio was taken out of context, Safowaa and her supporters released the entire recording, which revealed that she was merely repeating gossip Kumawood actress Elorm Aba had told her.

The whole tape made it plain that Safowaa was not accusing Gaisie of sleeping with Vivian Jill, but it contained a number of other charges.

One of them was about Dr. Kwaku Oteng. Dr. Oteng allegedly impregnated a Kumawood prostitute and former lesbian, according to Safowaa.

The lady had given birth, she said, and the infant was for Kwaku Oteng.

No guy in Ghana is said to have impregnated more women than Oteng, who has a total of four wives. He is a living legend.

We will not reveal the identity of this “Kumawood prostitute and lesbian,” as reported by Adu Safowaa. You can probably guess which Kumawood actress claimed to have been a lesbian in the past.