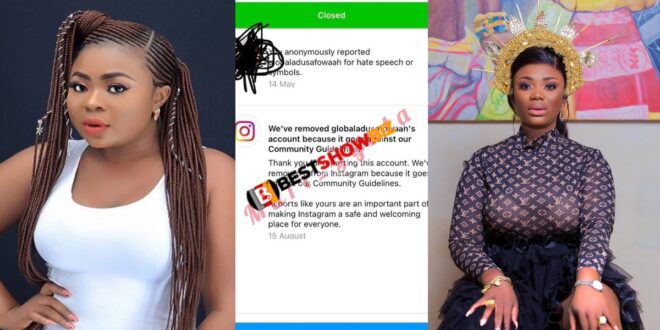 As at now, it is true that Adu Safowaa’s account, @globaladusafowaah, has been taken down, and it will take something extraordinary to get it back.

It is unclear what prompted Instagram to deactivate Adu Safowaa’s account, although one IG user speculates that she may have reported it.

The reporter provided an image of an Instagram feedback message indicating that Adu Safowaa’s page had been removed as a result of the complaint.

below are screenshots; swipe;