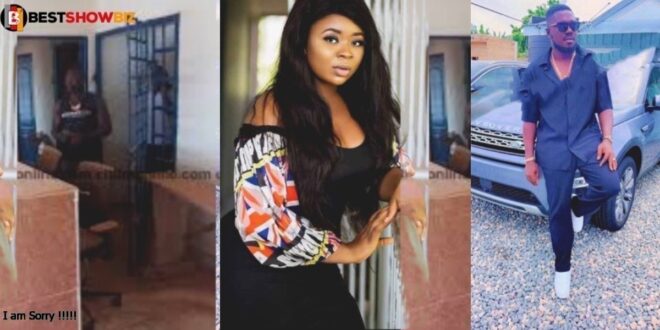 Adu Safowaa cries; says Nana Doe and his fraud boys bḛat her son before asking the police to arrest him

Nana Doe is pursuing Adu Safowaa after physically assaulting her son and arresting her bolt driver, according to Adu Safowaa.

She made it absolutely clear that despite their innocence, the Ashongman police continue to hold them in custody.

Safowaa made the remark in response to our earlier report that she is on the police wanted list for verbally assaulting GHOne Managing Director Nana Aba Anamoah and pulling Akwesi Kumi aka Nana Doe into the fight.

Safowaa has written a series of posts outlining the course of the upcoming case.

below are screenshots of her posts;