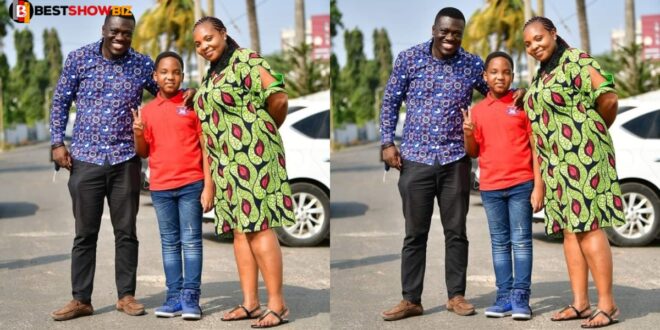 Miketwo thinks parents should be embarrassed for allowing their kids to be cared for by others when they are perfectly capable of doing so.

Oswald and his family were the talk of the town yesterday, July 30th, 2021.

The little kid sent his mother a letter with certain demands for ‘Our Day’.

The letter went viral on social media, and businesses and brands rushed to help the kid.

He got pizza, food, and drink contributions, an iPad from a former education minister, and musical performances by KiDi, Dope Nation, and Mr. Drew.

And that’s just half of it!

Some on social media said the kid was simply gifted with grace, while others said that, as a wealthy boy from an affluent family, he didn’t need all those contributions.

Miketwo has offered his stake on the subject and you can see where he stands.

In his words, the businesses who contributed to the little kid were being dishonest.

If the little kid and his family are vulnerable, can they possibly afford any of the things he lists?

“Isn’t it a disgrace to the family if they can buy such things to be mocked in public?

“I will not subject my kid to public scorn if I can afford to purchase him such things.

This little kid is now being pressured by politicians into joining and the party.

“Donations are wonderful, but priorities must be right.”