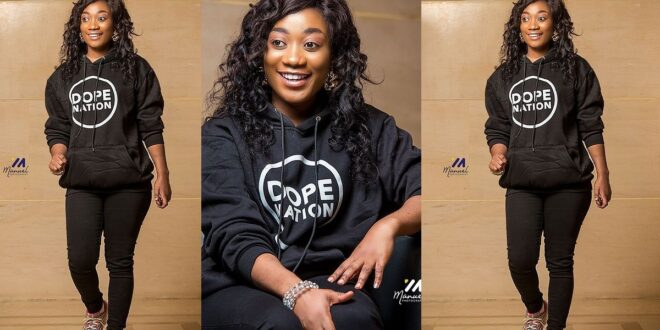 “I went blind while I was in SHS” – beautiful upcoming Singer, Adelaide tells her story.

Adelaide Bortier aka Adelaide The Seer, a blind and beautiful Ghanaian artist, has sadly recalled how she had practically lost her sight.

Adelaide claimed she lost her sight when she was at her final stage at high school during an exclusive interview with ZionFelix, noting that it all began as a regular headache and temperature increase.

According to her, she was taken to the hospital during that period of headache and increase in temperature, where she lost her memories and eventually fell into a sudden coma.

Adelaide said she later recovered her consciousness at the Korle Bu Teaching Hospital and only after discovering herself, she realized that she was no longer able to see.

She felt that life was fun and always on top of the world until she went through the sudden change.

Adelaide asserted that life is always lighter and healthier despite living her life as a visually disabled person for about eight (8) and a half months.