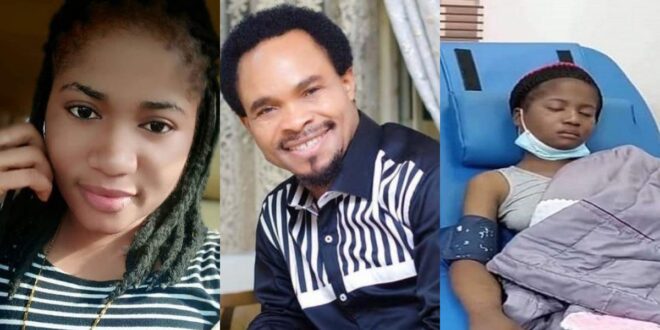 Ada Jesus is dead after popular pastor cursed her for disgracing him.

She reportedly had a heart attack last night and was hurried to the ICU, where doctors kept an eye on her. Unfortunately, she succumbed to the kidney disease.

Harrison Gwamishu, a family friend who spoke to BBC Igbo, verified the story.

Ada Jesus had previously attacked a popular pastor, Chukwuemeka Ohanaemere, popularly known as Indaboski when she accused him of faking miracles and deceiving people.

Ada Jesus, whose health had plummeted to a pitiful state, went to the Prophet to demand forgiveness, joined by her family members, but was met with a harsh response from him, who declined to consider the apologies and instead rained further curses on her.