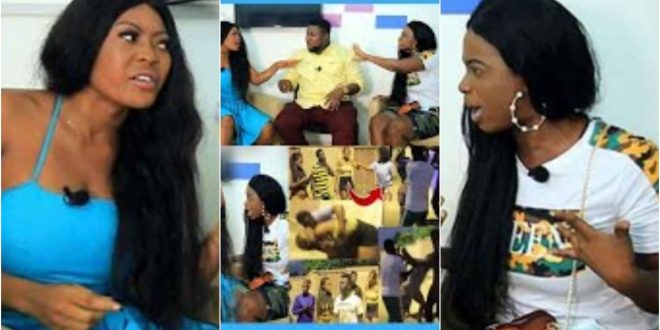 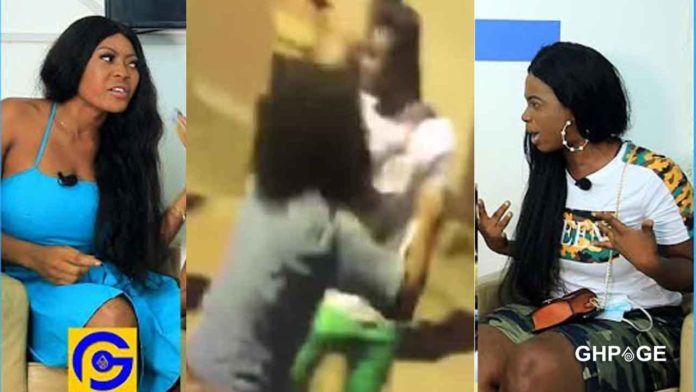 A few days ago, a video went viral on social media which captured two Kumawood actresses, identified as Franca and Mimi engaging in a serious fight on set with people knowing little about what actually led to their fight. Well, we have chanced on an interview they( Franca and Mimi) had with Rashad of Gh-Page and we find it worth publishing.

Explaining what caused the fight, Franca who was the first to speak revealed that she once saw a number saved on her boyfriend’s phone with the Mimi name against it. this made her curious and jalouse leading to approaching Mimi; blasting and warning her not to call or text her boyfriend again.

Mimi, on the other hand, had her own version of the emergence of their viral fight on set. Actress Mimi said the reason why she pounced on Franca was that she insulted her on set. Reacting to the claims that she snatched Franca’s boyfriend, Mimi denied and said she doesn’t know the particular boy she’s referring to

Although the interview in the bid to settle the feud between the two friends did not go as planned, however, peace was finally settled and Mimi and Franca are now best of friends again.

watch the full interview below for more: