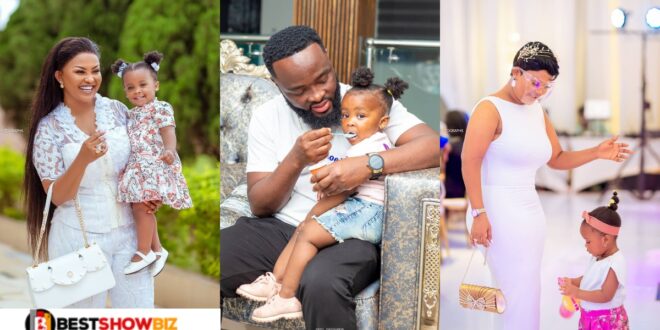 McBrown has detailed the clinics she visited in her search for a baby until God ultimately rewarded her with Baby Maxin in 2019.

Mcbrown was over her fortieth birthday and still hadn’t given birth, and she was subjected to a great deal of public attention.

People couldn’t stop talking about her lack of a kid, as they did about other celebrities, and it hurt her greatly.

McBrown has stated multiple times that she traveled to different locations in order to have her own kid.

These were not only medical facilities, but she also attempted some spiritual remedies!

In the end, she conceived and gave birth to her adored daughter Maxin Mensah in February 2019.

Nana Ama McBrown revealed the number of fertility clinics she had to attempt before giving birth in a new interview.

According to her, she tried at least six hospitals and was met with disappointment each time!

You can picture the agony of trying and failing over and over for the one thing you desire most in this world!

According to McBrown, she eventually obtained her heart’s desire, which taught her a lot about life.

McBrown said that one thing she’s learned is that no woman over the age of 40 is satisfied if she hasn’t given birth.