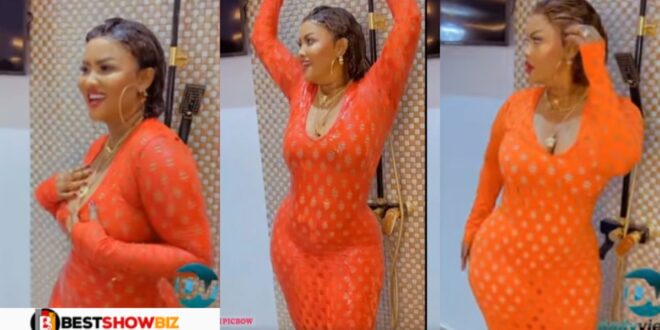 Actress Nana Ama Mcbrown is believed to be pregnant with baby no.2 after a video of her tummy surfaced online

According to social media users, she is expecting a child!

The mother of Baby Maxin has made a triumphant return to social media, declaring that she is “back!”

Her snug, body-hugging outfit has drawn attention to her tummy, prompting some on social media to wonder what she is hiding.

Following the posting of the video, one commenter inquired as to whether she was pregnant at the time of the video.

We are all aware of the difficulties McBrown faced in trying to conceive baby number one, so the announcement of a second child would be the best news of the year!

Take a look at her in the video below…