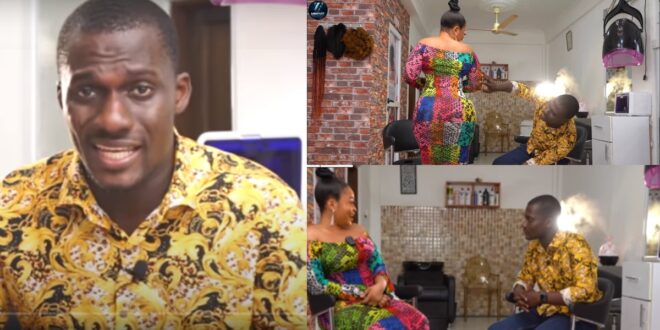 Actress Kisa Gbekle struggles to answer after she was exposed by Zionfelix for giving birth. (video)

Kisa Gbekle, a Ghanaian actress, is causing her followers to be skeptical of her.

In a recent interview, she engaged in a back-and-forth debate with ZionFelix.

Kisa wasn’t quite ready to say whether she had given birth or not at the time.

She attempted to confuse the audience by responding with both a yes and a no at the same moment.

Kisa Gbekle believes that babies are God’s gifts and that she will be proud to be the mother of one.

The actress, who describes herself as a “very attractive woman,” claims she will not be disappointed in having a child since the child will be “very gorgeous or handsome.”

She also disputed that she had modified her appearance as a result of delivery.