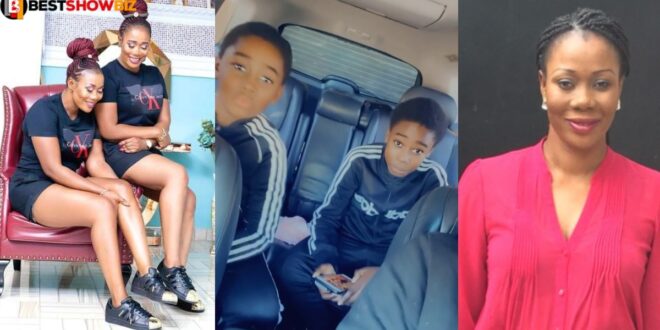 Sandra Adu, better known as Borga Sylvia in Kumawood, has offered fans a glimpse inside her family.

The actress flaunted her two gorgeous boys in a recent social media video as she walked out with them.

Borga Sylvia is seen driving around town with her boys in a video obtained by Bestshowbiz.com.

Behind The Scenes, a hit song by Kofi Kinaata was playing in the car while the family drove about.

The lads could be seen rocking to the song with some amazing motions in the back seat, dressed in similar Adidas tracksuits. On her Instagram page, Borga Sylvia posted the video with the caption:

A post shared by Borga Silvia ( Sandra A Adu ) (@iamsandraadu)