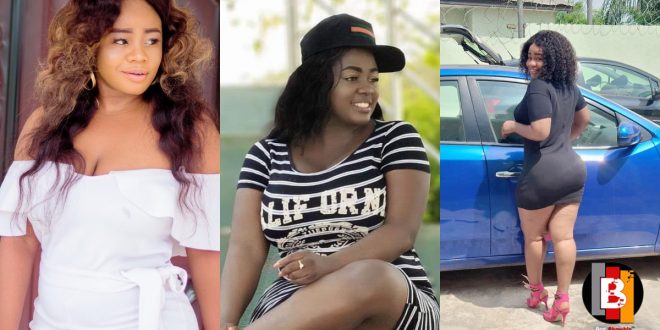 Tracey Boakye is once again in the news for another negative reason, even though most people know her to have a good heart, she is mostly in the headlines of popular blogs for the wrong reasons.

Her ‘Papa No’ accusation by Kennedy Agyapong has been reported to have been a lie with Kennedy Agyapong himself confirming he was just joking with her, but another allegation has popped that might do the same harm as “papa no” did to her good name.

An actress by the name Abby Montana, has spoken to a radio station (an Accra Based station) saying Tracey Boakye was on the brink of sleeping with her boyfriend who was a footballer.

According to Abby, she and Tracey have been close but pictures of Tracey and her boyfriend were forwarded to her by Gloria Kani (another friend of Tracey).

Abby said Tracey lied to her that she was on set shooting a movie with Van Vicker, not knowing Tracey was with her man trying to seduce him.

No one knows for sure if what Abby is saying is true, but we will report on any reactions from Tracey Boakye’s camp concerning this issue.