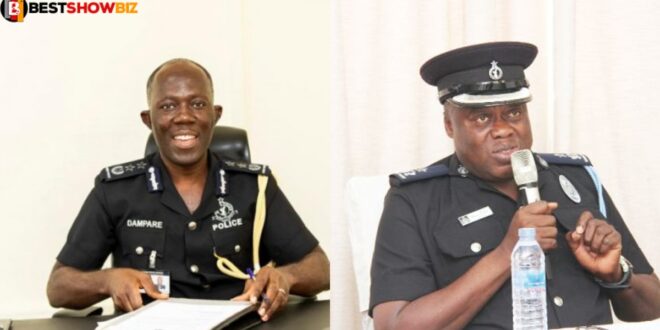 A bank employee has been arrested in connection with a recent bank heist, according to the Acting Director-General of the Ghana Police Service’s Public Affairs Directorate.

On Saturday, ACP Kwasi Ofori informed the JoyNews channel’s Newsfile anchor that an arrest was made “yesterday [Friday] in Accra, involving a bank worker, not necessarily a bank staff…we arrested him and a lot has happened in that regard.”

He stated that they have begun meeting with banks to discuss security solutions for consumers who come in to conduct business.

He believes that systematic checks should be conducted on both corporate and personal electronic devices used by employees to assess information that may have aided in the commission of such crimes if any.

According to the KAIPTC Director of Academic Affairs and Research Faculty, police and banks must implement stringent security measures to determine the guilt of bank employees in robbery situations involving people who may have transacted business at their locations.

This week, at least four robberies in broad daylight have been reported in various locations of the capital. The robbers opened fire in one instance, leaving a civilian with gunshot wounds.

In all of the events, the robbers got off with large sums of money.

Eyewitnesses have expressed alarm about the operation’s brazen nature and approach.

Prof Aning, speaking on Newsfile on Saturday, stated, “How did criminals know that this lady who withdrew money from the bank had money on her?” Are we going to pick up personnel from that bank and inspect their laptops and phone records to see if there has been a breach of such critical information to the client?”

“Some really critical questions need to be asked to assure us or those who use banking facilities that the backgrounds of bank staff are checked, secured, and checked again on a regular basis because [this kind of crime] raises serious fundamental questions because of the gang-style manner in which this operation was carried out,” he added.

As part of its attempts to counteract an apparent increase in robbery instances, the Ghana Police Service has stated that it is implementing urgent additional security measures in the Greater Accra Region.