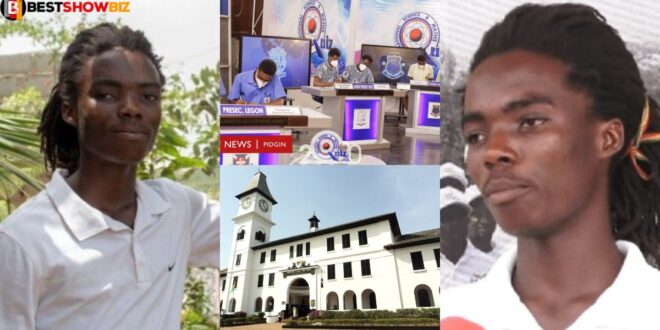 Tyrone Iras Marghuy, a student at the Achimota school, has been named to the National Science and Mathematics Quiz team, despite the fact that his enrollment to the institution is being challenged.

Professor Stephen Kwaku Asare, a human rights campaigner and senior law lecturer, made the revelation in a Facebook post, according to the source.

Tyrone Marhguy and Oheneba Nkrabea were denied entrance to Achimota School because of their dreadlocks, with the school asking that they be cut off before they could be allowed to the school. The Rastafarian students are currently admitted to the high school.

According to the court, the school’s rejection to accept Tyrone Marhguy and Oheneba Nkrabea violates their fundamental human rights as well as their right to an education.

The sitting judge, Justice Gifty Adjei Addo, approved all seven of the applicants’ requests for relief, with the exception of the award of costs.

However, in their appeal, Achimota School and the Attorney-office General’s argued that the court erred by stating, among other things, that the rules and regulations of Achimota School regarding the maintenance of uniformity in appearance are unlawful and interfere with the exercise of religious rights.

As a result, the school is requesting that the Appeals Court vacate the whole judgment that ordered it to enroll the student.

Students who do not comply with school norms and regulations will not be able to continue their educational pursuits at the institution, according to the school’s request to the court.

The Attorney-General also wants the Achimota school’s request to be granted by the court.