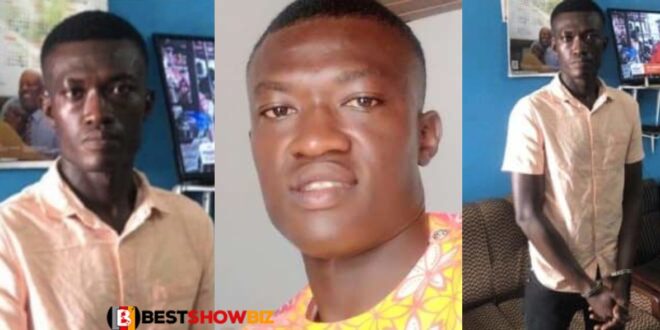 Alexander Kwaku Obeng, Director of Public Affairs for the Ghana Police Service, has exclusively announced that Richard Gyamfi’s killing partner has been apprehended.

According to the Director of Public Affairs, the two would aid the police in their investigation.

Alexander Kwaku Obeng told the media about the new development:

We are aware that the police cannot solve all issues in incidents like this, and the public plays an important role in the investigation process. As a result, two liaison officers have been chosen and will begin working tomorrow

The Bono region Police Command will be in charge of this. Their job is to communicate with the affected families and the police so that we can determine how far we have progressed in the accident investigation and the issues that are bothering the family members. Through them, the administration will be aware and will provide prompt redress

In his room at Sunyani Abesim, Richard Appiah Gyamfi was found with the bodies of three boys and other human remains.

Read Also  "My husband took care of all the expenses of his father's funeral, no family member paid a dime"- Florence Obinim

He was assaulted by local youth before being turned over to the Sunyani-Abesim Police.