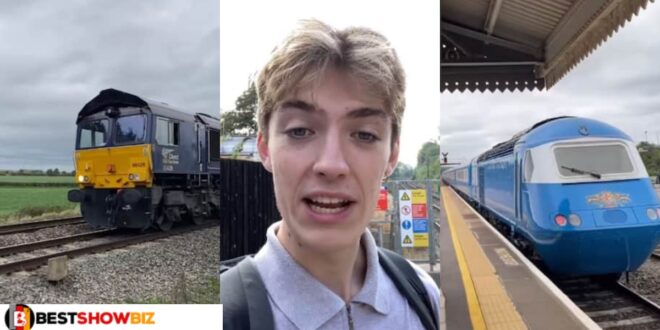 Francis Bourgeois, a young man, sparked outrage on social media after announcing on his social media pages that he had quit his job.

The man stated that he now wishes to devote his entire time watching trains moving. At the moment, no one knows if he will have a side job to help pay the bills.

The man wrote on his Instagram page, “Today I quit my job to do trainspotting full time!” after posting a video.

The man in the short video was smiling the entire time because his ears were plugged. According to Ladbible, the young man became famous in the UK after taking up the hobby of trainspotting.

His interest in train-spotting grew as a result of the pandemic lockdown. It should be noted that Francis has 1.4 million TikTok followers and over 800,000 Instagram followers.

In an interview with the media about his hobby, the trainspotter stated, “I  suppressed my interest in secondary school because it isn’t the coolest thing in the world. When the tones and engines scream, I’m instantly relieved.”