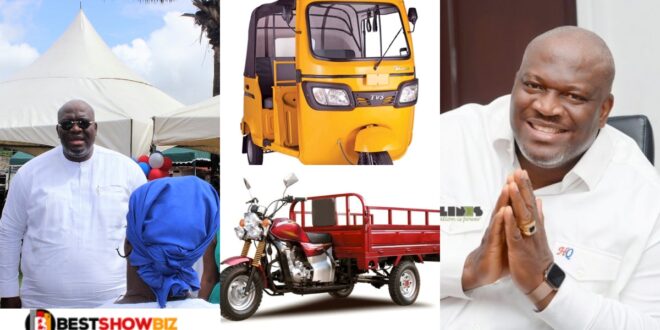 Honorable Henry Quartey, Regional Minister for Greater Accra, announced in a statement that beginning November 1, there would be no more Tricycle (aboboyaa) on the roads.

According to the minister, the new order is part of the government’s goal to re-establish Ghana’s economy, and it will go into effect in November.

The minister, who was speaking about roads and how to get the country back on track, disclosed that the Tema Motorway is the primary problem.

Honorable Henry Quartey went on to say that the program is part of the government’s “Let Ghana Work Again” initiative, as tricycles are prone to cause accidents on Ghana’s roadways.

The minister also stated that all assemblies will be granted a one-week grace period to raise public awareness about the new rule.