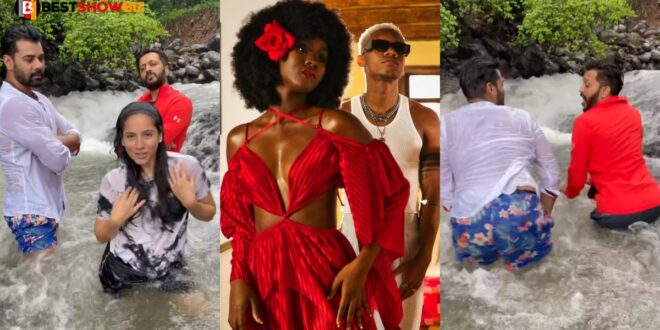 Kidi, a multiple award-winning Ghanaian hiplife musician, is gradually taking over the Bollywood film business with his spectacular song “Touch It.”

The song, which was released on YouTube four months ago, has received 7.5 million views since then.

Some Bollywood stars were seen dancing to the tune while making funny motions a few days ago.

Abhi of Kumkum Bhagya fame has now joined the long list of Bollywood actors who can not get enough of the song, according to a new video spotted online.

Abhi was seen dancing to the song with several of his co-stars in the video.