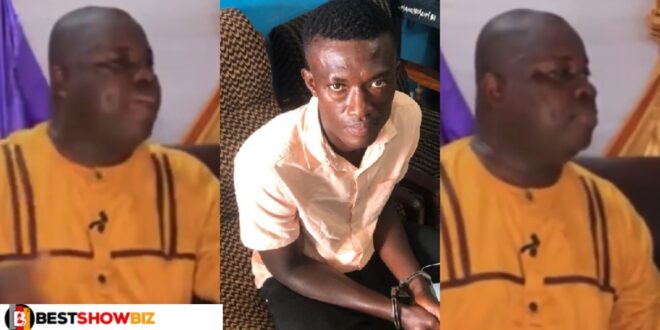 “Abesim murderer has hired an international lawyer, and he is supported by pastors and politicians.” – Popular pastor reveals (VIDEO)

Odifo Kwabena Tawiah, a popular Ghanaian pastor, has revealed shocking details about the Abesim Killer, who was arrested for allegedly killing and refrigerating his victims.

The Abesim Killer, according to the founder of the Church of Rabbi, has sought the assistance of a foreign lawyer from abroad.

He also stated that the accused is supported by influential people in politics and religion.

He urged the Inspector General of Police, Akufo-Addo Dampare, to keep up the good work and be more vigilant because the evil forces bent on destroying the country are powerful. He praised the current IGP for his efforts thus far.

He also stated that he will deal with the spiritual aspect of Ghana’s evils while the IGP deals with the physical aspect.