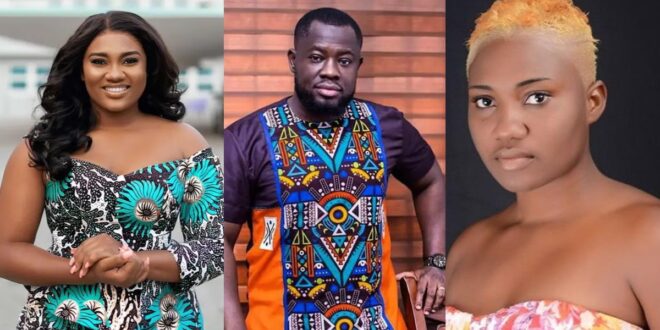 Abena Korkor emphasized the fact that Giovani Caleb slept with her in a video shared on her Instagram page yesterday, March 15, 2021, after Giovani refuted it during an interview with Deloris Frimpong Manso.

Returning to Giovani Caleb’s interview with Deloris Frimpong Manso on the Delay show, he confirmed that Abena Korkor apologised to him after his name appeared on a list of 40 men she reported to have slept with.

Abena Korkor told Giovani that she was having a relapse and had been off her medication for a bit, which is why she came up with those names, according to Giovani.

Sammy Awuku, KOD, Giovani, and other high-profile figures were among the men Korkor had slept with.

However, after being diagnosed with bipolar disorder, she began to know that what she wrote on social media was just one of her condition’s side effects.

It’s mind-boggling that Abena Korkor has come out again to accuse Giovani of sleeping with her.