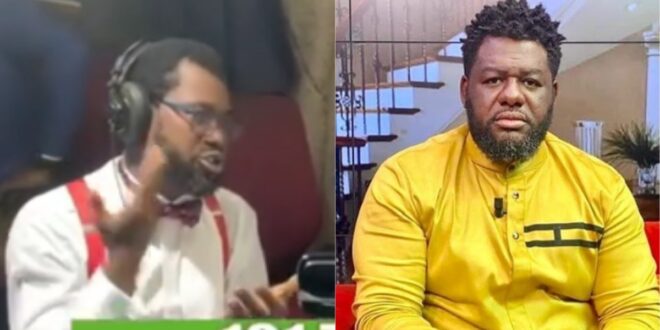 Video of Abeiku Santana begging for Bulldog to be release surfaces

We have chanced on a video of renowned broadcast journalist Abeiku Santana begging on behalf of Bulldog to be release.

as we reported, earlier, Bulldog has been arrested by the BNI for threatening the president of Ghana, Nana Addo.

well, in a new video, Abeiku Santana has been spotted on his knees pleading for the release of Bulldog on his show on Okay FM.

we just hop his voice gets to the top…