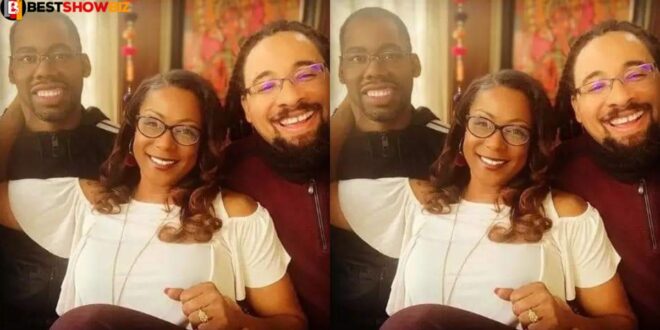 Kenya Stevens, an American black woman, proudly displays her two partners and demonstrates how happy they are together. She is happily married to two men and lives in the same room with them. She has posted photos of them having fun while talking about their marriage on her Instagram account to share images of herself and her two spouses, with whom she claims to be living peacefully.

She admits to being a polyamorous woman. In Africa, it is almost usual and acceptable for a man to marry multiple wives. Different women from various cultures and religions allow and even encourage men to have several wives.

With one of her husbands, Rakhem Seku, a relationship educator and author of many books, the two are well-known. The lady refers to them as “Hubby 1” and “Hubby 2,” and occasionally teases about taking “Hubby 3,” as if she knows the boyfriend will become a third spouse soon.

She also debunked the claim that men are more sexual than women. She referred to it as a “myth,” explaining that women are just taught to conceal their sexuality from a young age.