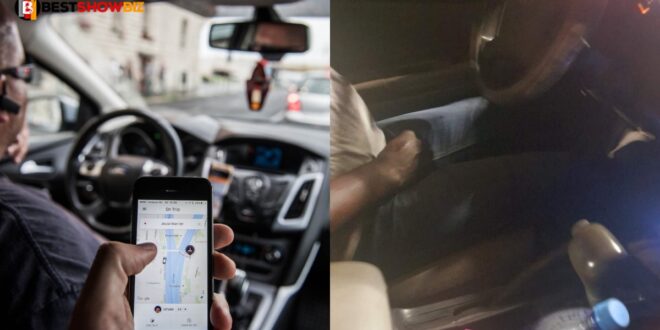 A businesswoman has described an uncomfortable encounter she had with a driver she had hired to transport her home.

Ms. Awele Ejiofor, a mother of two, claimed she requested a ride from Lekki to Ajah through a ride-hailing app, and that her driver was a guy named Mr. Samson.

During the journey, she began to feel sleepy and fell asleep for a few minutes.

She further explained that, in order to be safe, she had waited until they arrived at a crowded bus stop, at which point she urged him to pull over before approaching him.

Despite his denials, she had already taken a photograph of him.

The businesswoman stated that the experience had left her feeling shaken and that she intended to send a letter to his employer to express her dissatisfaction with his actions.

Read her account of the incident in the section below.