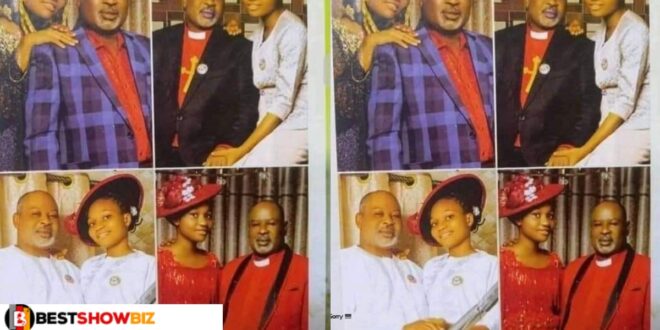 A well-known pastor marries an 18-year-old choir member as his second wife.

As of now, polygamy is not condemned anywhere in the Bible, but Christians appear to have taken a stand against it, particularly in Africa, due to the significant impact the Western culture has on Blacks.

A Nigerian pastor has stunned Christians with his marital decision, marrying a young lady who is the same age as his daughter.

The pastor is the founder and leader of the Calabar-based church, Christened Way of Salvation Church of Jesus Christ, and the church members were unconcerned since the lady was to become his second bride.

Read Also  When They Were Young: Photos of Akuffo Addo And John Mahama as kids
Share