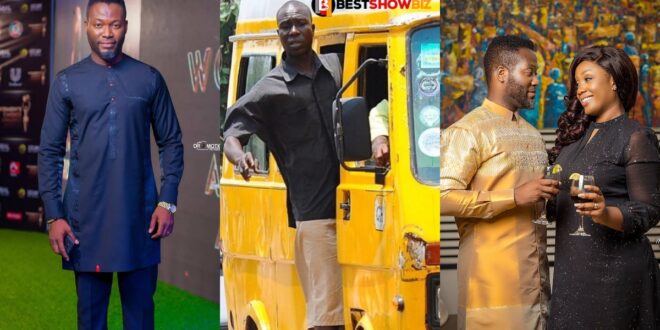 Adjetey Annan is one of Ghana’s most talented actors and he has been in the movie industry for more than 20 years now.

He is often called ‘Pusher’.

Adjetey Annan, or ‘Pusher’, has now revealed the amusing story behind his moniker.

Adjetey Annan told the humorous reason behind his nickname, Pusher.

He said his car broke down in traffic, so he had to get out and push it. A trotro mate saw him and started ‘Pusher Pusher’ amidst trotro yells and noise.