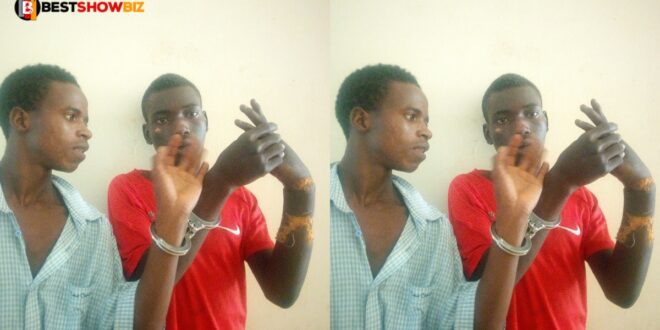 When the boys arrived at the shop, they began breaking the door to gain entry.

Mohammed, whose business is nearby, heard unusual noises and came out with a cutlass.

When one of the suspects saw the shop owner, he ran, allowing the other to attack him with a cutlass.

Before the suspect struck him with a cutlass, the shop owner managed to inflict significant wounds on the hoodlum’s left hand, almost slicing it off.

Derailed by the shop owner, the thug ran away. Families and neighbors heard what was going on and raced out to find Mohammed in a pool of blood.

The next day, officers tracked the suspect’s blood streaks to his Sangere Bode home and arrested him along with his accomplice.

After pleading guilty, the prosecutor, ASP Francis Audu, requested an adjournment to call a witness to confirm their plea.

Chief Magistrate Aliyu Bawuro adjourned the case until September 23, 2021, for confirmation and remanded the defendants in prison.