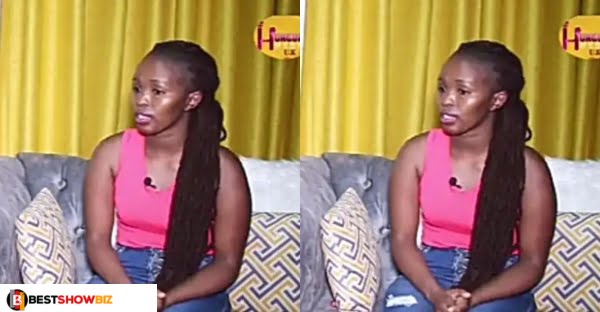 “A Roman sister gave birth to me and later k!lled herself over society’s shame.” – lady Narrates

Esther tells a depressing account of her life’s hardships from infancy through maturity. She describes how she was raised by a stepmother who mistreated and overworked her and the other children. She began to wonder why her mother had to die, leaving just her to suffer in this world.

She becomes curious as to why she was tortured in this manner and why she does not have the same appearance as others.

Esther’s stepmother raised and nurtured her. Esther was interviewed by Hungura Media, and a rural woman informed her that she was the daughter of another mother. She didn’t give it much thought because she was a young girl.

She began to notice that her sisters were raised differently than she was as she grew older. Despite her best efforts, she was surpassed by her brothers.

The lady informed her that her mother was a nun, but she was sleeping with her reverend father when she gave birth to her. She committed suicide out of humiliation when her father was still a reverend father.

For a number of reasons, Esther was compelled to marry young. By the time she was 20, she had four children.

“My spouse used to be a thief.” I discovered he was a thief after he was killed by the police. After the burial, his father informed me that I would be his wife. I declined and began a new life. “

Esther has been able to nurture and educate her children as a mother and an artist. It inspires women to go for their aspirations and never give up.