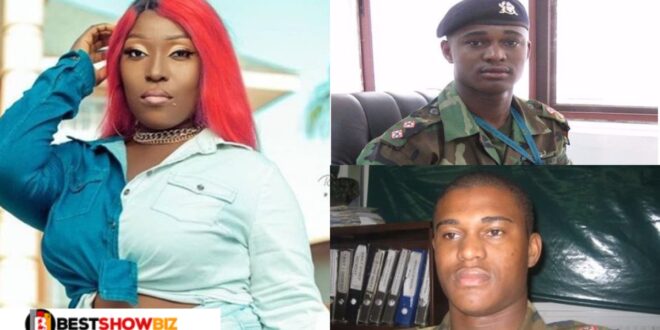 Eno Barony has described her encounter with a Prophetess and what she told her, prompting her to ponder what type of God disclosed that to her.

The ‘Queen’ of Ghanaian rap revealed that a prophetess warned her years ago that she was responsible for the death of Major Maxwell Mahama.

After being deployed to Denkyira Obuasi in the Central area to help stop Galamsey, he was gruesomely murdered by irate community members.

Major Mahama is survived by his young, lovely wife and two children. According to Eno, the woman of God told her that she is to blame for the death of the once-brave soldier.

She explains that the Prophetess told her that late Major Mahama died because she performed with a coffin on stage at the 2017 #GhanaMeetsNaija performance.